I am often asked why it was that Mario Lanza, with such an extraordinary voice, did not sing on the operatic stage - save two occasions. For years I have often asked myself the same question, especially since this tenor had all the
requisite attributes for an exceptional career on the lyric stage. Recently, after searching deeply for the answer, I believe I have come to understand the reason.

The short but intense life of Mario Lanza, and its premature end, has led to a number of people researching his life, with the result being that some 15 biographies have been written in English, together with one in Russian, one in Dutch, one in Japanese and (finally) a recent one in Italian by Signora Eddy
Lovaglio.

Mario Lanza's combined gifts of an extraordinary voice and an innate musicality
gave him the opportunity to win a scholarship to study at the Berkshire Festival in Tanglewood, where in 1942 he made his debut at the young age of 21 on the operatic stage in The Merry Wives of Windsor by Otto Nicolai. A series of concerts followed, and with George London and Frances Yeend, he formed the
Bel Canto Trio, singing with enormous success on tour throughout the United
States, and culminating with his debut in the role of Pinkerton in Puccini's Madama Butterfly in New Orleans in April 1948. All of these activities displayed his marked inclination towards an operatic career.

Also in his concerts, including an extraordinary appearance at the enormous Hollywood Bowl (in front of 18,000 onlookers), Lanza earned deafening applause in well-known arias and duets from various operas, providing further evidence that he had both the inclination and requisite qualities for this musical genre. It was, in fact, the Hollywood Bowl concert that led to the well-known MGM studio signing him to a contract for a series of Hollywood films. This employment, however, did not grant him the space required for the kind of
dedicated preparation that the operatic stage requires. 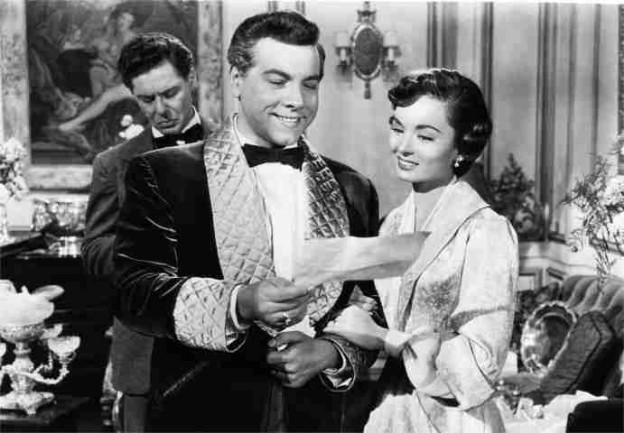 Within the space of a few years, Mario Lanza had gone from being a virtual unknown to an international star and after the release of "The Great Caruso" in 1951 was being compared to Enrico Caruso himself.

Thus Mario Lanza found himself, in a very short space of time, at the peak of his public popularity thanks to a most beautiful voice and his vivid interpretations, recorded in the studio, where is it much easier to express
oneself, distant from the public. This provided him with an outlet for all of his capabilities that his recording studio, RCA Victor, knew how to capture and immortalize for his then public, and for posterity, entrusting them with this
wonderful voice.

Mario Lanza was a very sensitive man and as such was fully aware of his popularity. In actual fact his great popularity deeply bothered him, knowing only too well as he did that it was really in the theater - where he had
dreamed of singing since he was a child, when he would listen to the old disks of his idol, Enrico Caruso, for hours - that the public and the more demanding critics were awaiting him. Only here would he actually be able to establish himself as a tenor of extraordinary ability.

His was not fear, but complete awareness of the scutiny to which he would have to submit himself when being presented in the theater as the new Caruso, knowing, therefore, that the public was expecting the very best from him. He also probably knew that taking this decisive step would be either his triumph or his ruin; in other words he would have to achieve on the stage the same results that he had obtained in the studio.

Of course he had already offered ample evidence in the United States that his live singing was not inferior to his studio recordings, and in his last concerts in Europe he had stunned the audiences and critics who had flocked to hear him.

When two large European theaters, after having listened to him in private
auditions, had decided to offer him the opportunity to sing Otello at Covent
Garden in 1960, and Tosca at La Scala in Milan - where he would have sung the role of Mario Cavaradossi, which he had so brilliantly recorded excerpts from at various times - fate robbed the world on October 7, 1959, leaving his great wish unfulfilled and his admirers shattered.

The Rome Opera, where Lanza had recorded some of the scenes for his final film, had also entrusted the role of Canio in Pagliacci to Mario Lanza to open their 1960/61 season. I conclude, therefore, convinced that the true reason for Lanza's unfulfilled theatrical career was due to the great success that he achieved through his films and recordings. Besides, his premature demise did not allow him to complete his artistic preparation with the intense study that the theater demands, thus leaving the major theaters of the world orphans of the most extraordinary voice that appeared in the 20th century. 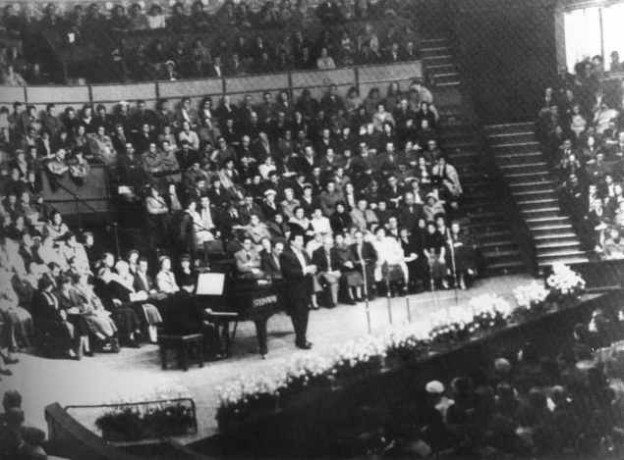 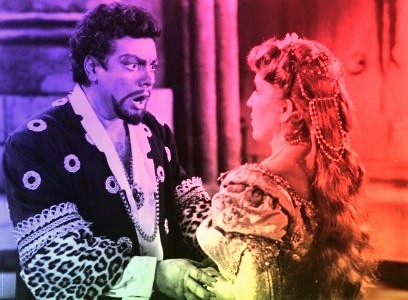